At James Vernon & Weeks, P.A., we take pride in our mission to serve those injured by the acts of others. We have vast expertise in mass torts, multidistrict litigation, and personal injury cases. Currently, our firm represents many individuals whose rare cancers were caused by Monsanto’s Roundup. 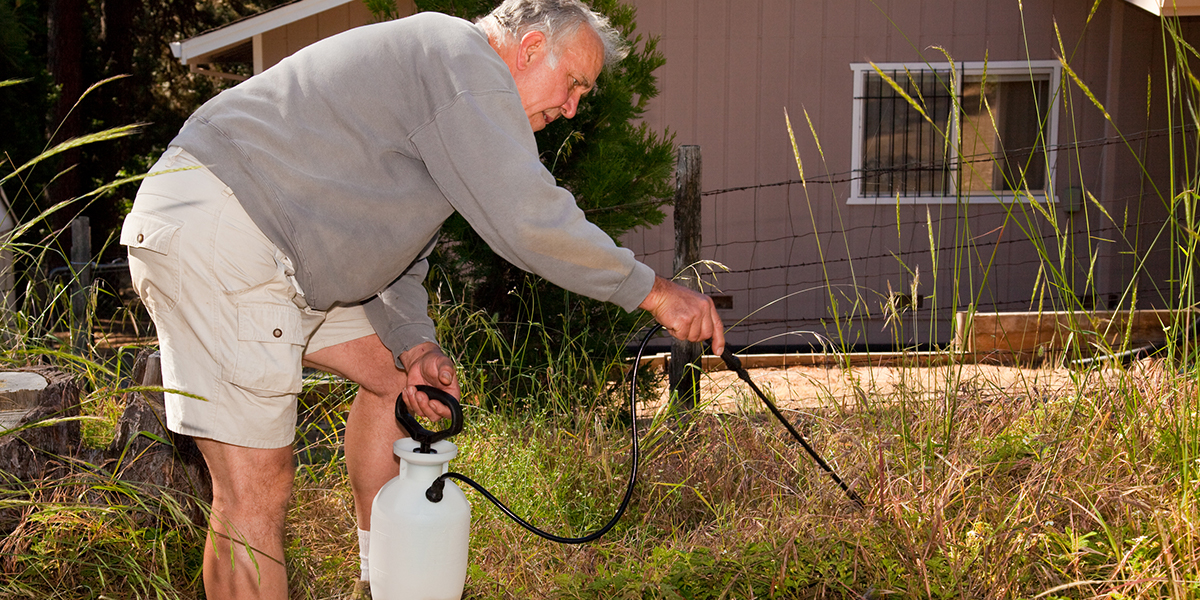 Roundup is a non-selective post-emergence weed control herbicide first introduced in 1976 by Monsanto, a U.S. corporation headquartered in Missouri. Monsanto was recently acquired by German-based Bayer Corporation. The popular weed killer can be found on the shelves of nearly every hardware, lawn and garden store in the United States, as well as in the garages and tool sheds of millions of American families.

Roundup has been used by individuals and businesses for decades to kill weeds and invasive plants that threaten agricultural crops and suburban backyards. It’s primary ingredient is glyphosate, which works by inhibiting a specific enzyme mandatory for plant growth. Roundup is so popular and effective in weed control that many farmers grow genetically modified crops resistant to Roundup so the chemical can be used liberally in fields.

The World Health Organization’s International Agency for Research on Cancer (IARC) has also recently declared that Roundup’s glyphosate is likely a cancer-causing agent. The IARC report connected the effects of Roundup in the human body to an increased risk of Non-Hodgkin’s Lymphoma.

Thousands of individuals who developed non-Hodgkin’s lymphoma, multiple myeloma, and leukemia after Roundup exposure have filed lawsuits in state and federal courts against Monsanto. Federal lawsuits filed throughout the country have been gathered together and consolidated as Multidistrict Litigation (MDL) 2741, which is assigned to the Honorable Judge Vince Chhabria of the District Court for the Northern Federal District of California in San Francisco.

To date, Monsanto has lost every trial in which plaintiffs alleged that Roundup caused their rare forms of cancer. Monsanto has appealed the verdicts awarded against it; however, unless appellate courts find that the judges overseeing the trials erred in rulings made during the course of the trials, these verdicts will stand. The messages that juries have sent to Monsanto and Bayer are powerful motivators to push the chemical companies to, if not apologize and remove Roundup from the marketplace, at least seek resolution of all Roundup litigation in the United States through a global settlement program.

In total, three cases against Monsanto have gone to trial, and all three have resulted in verdicts awarding plaintiffs millions of dollars:

In March of 2018, a San Francisco jury awarded $80 million to Edwin Hardeman, a plaintiff who sued Monsanto regarding the company’s well-known weed killer product, Roundup. Mr. Hardeman, of Sonoma County, California, had used Roundup on his 56-acre property for more than twenty years. He was diagnosed with Non-Hodgkin’s Lymphoma, a rare form of cancer, in February of 2015. The six-person jury agreed with Hardeman’s attorneys that Roundup, which uses glyphosate as a key ingredient, was a “substantial factor” in causing Hardeman’s cancer.

In August of 2018, another San Francisco jury awarded $289 million to Dewayne “Lee” Johnson, a groundskeeper and pest-control manager from Northern California who developed Non-Hodgkin’s Lymphoma in August 2014 at the age of 42. As part of his job duties, Mr. Johnson mixed and sprayed hundreds of gallons of Roundup. Johnson alleged in his lawsuit that the glyphosate-based weed killer caused his cancer. The jury agreed and awarded Johnson $39.25 million in compensatory damages and $250 million in punitive damages against Monsanto. A judge later reduced the combined verdict to $78 million in light of state law limitations on punitive damages.

In May of 2019, a San Francisco jury awarded the largest Roundup jury verdict to date, $2 billion, to an Alameda County, California couple to share equally. The jury also awarded $55 million to Alva and Alberta Pilliod, who each developed Non-Hodgkin’s Lymphoma after using Roundup extensively on their property. A judge subsequently reduced the $2 billion verdict to $69 million and the compensatory damages award to $17 million.

DISCLAIMER: The content posted on this website has been prepared for informational purposes only and is not legal advice. This information is not intended to create, and receipt of it does not constitute, a lawyer-client relationship. Viewers of this website should not act upon this information without first seeking professional counsel.